Clannad Gets Limited Physical Edition on Switch in the West 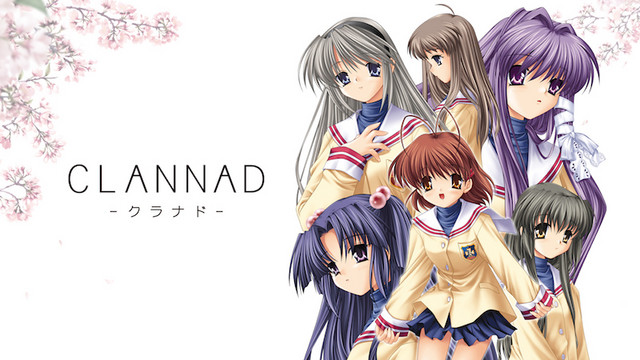 Limited Run Games has been putting out some great physical releases, and the company's latest tackles a classic visual novel. In partnership with Prototype, VisualArts, Key, and Sekai Project, Limited Run announced plans to bring a limited edition physical release of the Switch version of Clannad to the west. 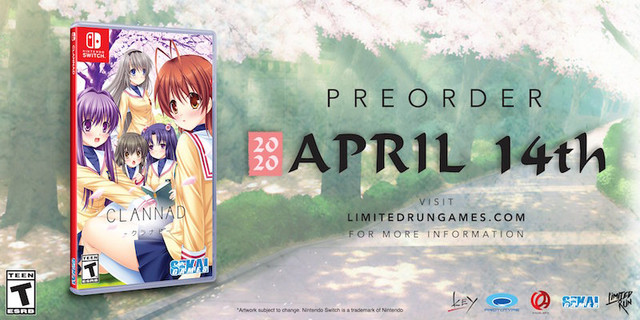 Pre-orders go live at 9:00am Pacific Time on April 14 for the Collector's Edition—which packs the game with an arrange album and an official guidebook—and will be open for six weeks. 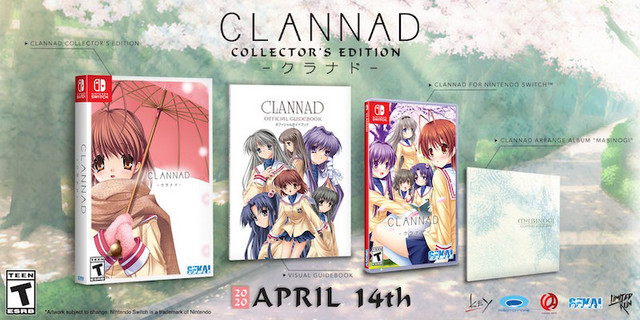 You can currently get Clannad digitally on PC, Switch, and PS4. 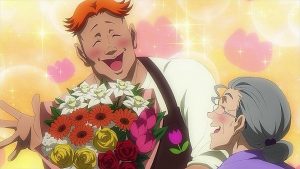 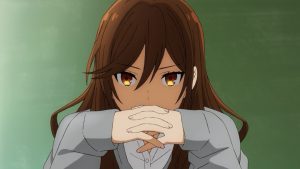