OPINION: I Don't Know Who'll Win the Anime Awards, But Here's Who Should 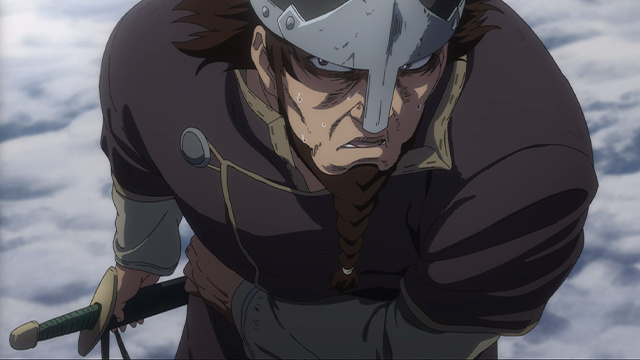 Hi, everyone. My name is Kyle. I just started at Crunchyroll as an Editor last October. While I am new to the company, I am definitely not new to one thing in particular: having opinions about anime. With the Anime Awards upon us, I know just how many of those are flung across the dinner table, on Twitter, and wherever good anime is streamed.

In previous years, I watched the Anime Awards as a regular citizen. I voted alongside the general public, even for the previous "Best Manga" category! But this is my first time working on the show and seeing how the sausage is made FROM THE INSIDE. There's an incredible amount of work and energy that goes into making the event happen from people who don't get enough credit, and it's really incredible to be amongst a talented team.

Not only do I disagree with some of the choices, but some of the best stuff wasn't even nominated!

So today, I'm presenting you with some of my choices for Anime Awards winners [that are objectively correct choices that I think absolutely should win, despite what anyone else tells you. Anyone else who says otherwise are liars and don't know what they are talking about, but I do!] for a select few categories. If you really want to know who I'm cheering for this year, here's my card. 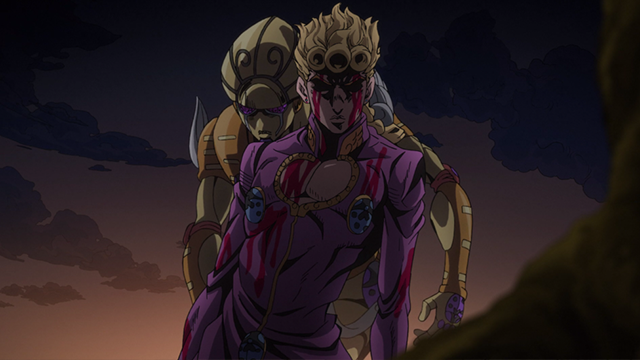 How did this not get nominated? Seriously? It's the Seven-Page Muda! I couldn't believe it when I heard this didn't make the cut. It's one of the best scenes in all of JoJo's Bizarre Adventure! Unbelievable. Gio-Gio punches a guy for like 45 seconds! Ugh. Well, this scene also included Giorno's theme, which is a Best Score winner within itself, too. If I had to choose an actual nominee, Tanjiro and Nezuko vs. Rui should win, I guess. You all really loved that episode 19.

2. Best Girl and Protagonist: Emma in The Promised Neverland 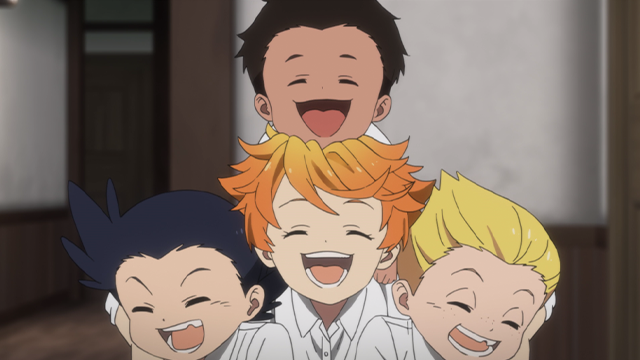 The Promised Neverland had one of the strongest starts to a show I've seen in a while, but it wouldn't be anything without the main trio of Emma, Norman, and Ray. I bundled together my vote for Best Girl and Best Protagonist to Emma because I don't think I've seen a character so positive in such a perilous situation. And I don't even mean in an over-the-top, exaggerated anime way. Emma is incredibly smart and knows exactly what she wants: for everyone to have a fair shot at living. Even working with the cold, calculating, logic-centric Ray, she has a "but we still have to try" attitude that resonates in the face of absolute despair. That sort of worldview really spoke to me this last year, and for that Emma deserves to take both categories. 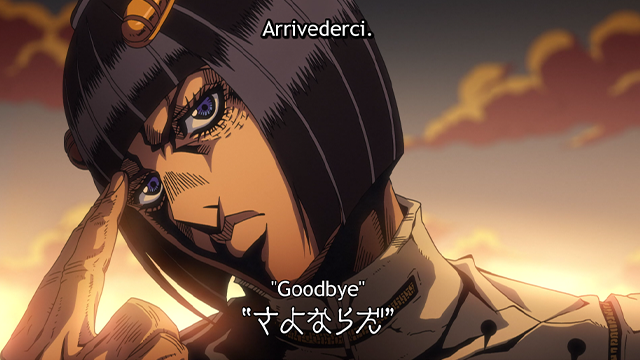 The original Gang-Star! The one who can taste lies and be a living corpse out of the sheer power of friendship (and spite). Bruno Bucciarati has it all. It takes a lot of leadership to try to overthrow an entire criminal organization, and if you can do some cool rocket-punches and have a killer style while doing it, what else can qualify you more for Best Boy? JoJo is all about their killer (pun intended) one-liners, and Bucciarati has one of the series' best. Yuichi Nakamura also earned my vote for "Best Voice Actor Performance (Japanese)" for pulling off such an iconic role. Here's to you, my favorite bowl-cut boy.

I have directed and storyboarded this Opening for Carole & Tuesday. The show is now on Netflix for everyone. director of the show is Shinichiro Watanabe. https://t.co/JeSAvIacwS

Not only is Kiss Me a great opener, this vote really goes to Bahi JD, who is quickly becoming one of my favorite animators. Seriously, have you seen his work? 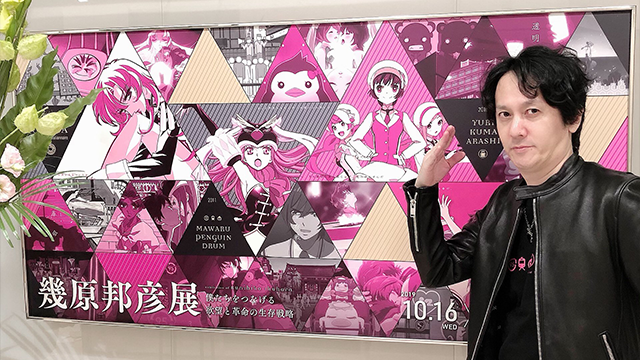 Kunihiko Ikuhara at his own exhibit

Did you know a lot of people have a lot of opinions about Kunihiko Ikuhara's work? I sure didn't know what I was getting myself into when I finally started watching his stuff last year. I only just watched Revolutionary Girl Utena last year when I found out the fine people at Nozomi Entertainment fully uploaded the series. I was really immersed in Utena's world and all the metaphors that I did or did not fully comprehend. Sarazanmai was the first Ikuhara project I was able to watch as it aired, riding the wave with everyone else and trying to figure out what the series was saying. Sarazanmai became appointment television for me in a world that increasingly doesn't even bother with the concept.

I can totally understand if Sarazanmai is not your favorite Ikuhara show. He seems to have been reined in a little (either by his own volition or by someone else) as his stories have been comparatively condensed—Utena was 39 episodes compared to Penguindrum's 24, Yurikuma Arashi's 12, and Sarazanmai's 11. Even though I'm new to his work, I think one thing is perfectly clear: You never know what you're going to get. Equally important, he's willing to use stories as a way to talk about topics a lot of other artists wouldn't dare nor bother with. There's something to be said about making a series about little kappa boys so fun, insightful, and empathetic.

6. Anime of the Year: Vinland Saga 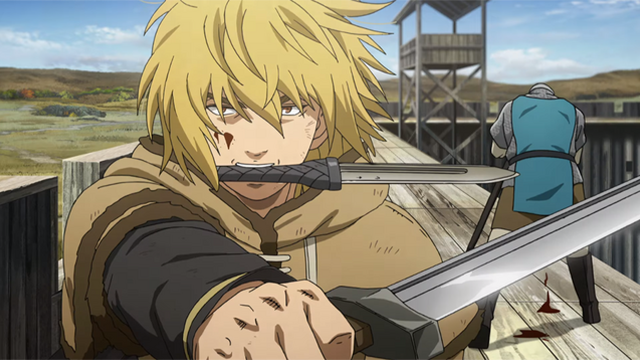 When I took a final look at my choices, I noticed that I actually didn't choose Vinland Saga for a lot of the individual awards. "Best Drama" and Askeladd for "Best Antagonist"? Absolutely, no contest. But there were so many other good anime last year I believe deserve their respective rewards in the other categories.

So why did I vote for Vinland Saga for Anime of the Year in the end?

Vinland Saga was one of those series I always heard about; That it was one of those truly incredible series. But either it wasn't available legally (until 2013 from Kodansha USA) or it was just too daunting to start. When the anime finally started in July last year, there was no better time to see what all the hype was about. There's something to be said about a show that perfectly transports you to a time and place and Vinland Saga did exactly that. WIT Studio's incredible art direction made me feel like I was in the old English countryside, back when castles were no more than fortified wooden buildings, and what it was like to look across the incredible vastness over a cliff or across the ocean. And in this time of overwhelming nature and space is an incredible story about a young boy who succumbs to the corrupting force of hatred while living in a culture that celebrates the road to death. The tragedy of seeing Thorfinn, a young boy raised to be so eager about battle, drowned in his own revenge after seeing the death of his father—who deliberately left a life of killing so his son wouldn't have to—is a gripping and, honestly, sad experience. More than anything, watching Vinland Saga made me actually feel like I was watching an Epic (in the traditional definition): Once I started, I was going to be invested in the foundational change of this world and the characters, which simultaneously felt so concentrated among the cast in the moment, but held far-ranging consequences over the horizon. I've pitched Vinland Saga to those unfamiliar as "Berserk without the fantasy," and I mean that with the utmost praise.

Also, both openings from Survive Said The Prophet and Man With A Mission absolutely slap.

We're coming to a point within the anime industry where there's not much left untouched: Many of the critical hits are being developed and a lot of the old "forgotten" series are finally getting adaptations. We saw this with Devilman crybaby in 2018 and Fruits Basket last year, for example. Vinland Saga captures that same feeling of a great finally having the spotlight. After I looked at the other nominees for Anime of the Year, I couldn't have voted for anyone else.

Anyway, here's me tomorrow when all of these choices are correct: 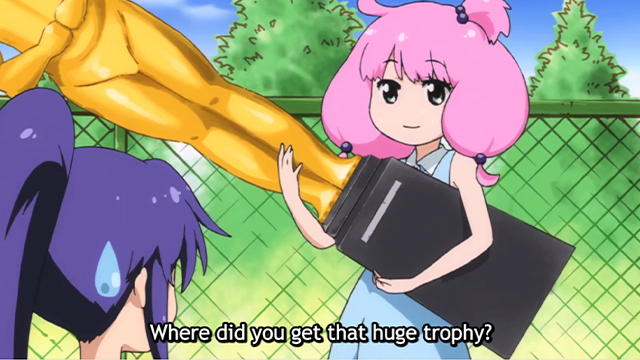 Who did you vote for in this year's Anime Awards? Let us know in the comments below!

Kyle Cardine is an Editor for Crunchyroll. You can find his Twitter here!