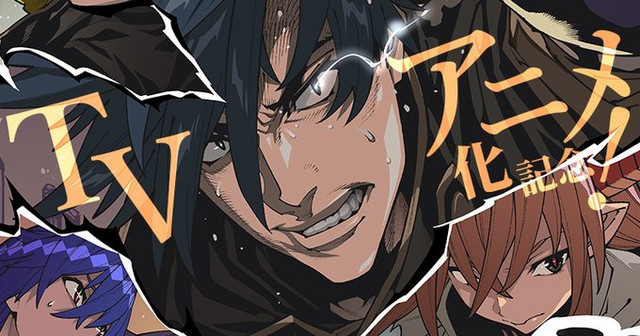 MAG Garden's web comic site MAGCOMI announced today that a TV anime adaptation of Yohei Yasumura's Meikyu Black Company / The Dungeon of Black Company fantasy manga gets a green light. It has been serialized in the publisher's Monthly Comic Garden magazine and the website since 2016, and its latest sixth tankobon volume is set to be released on July 10. Further details including its staff and broadcast date will be announced at a later date.

The manga's English edition has been published by Seven Seas Entertainment since May 2018. The publisher introduces its synopsis as below:

Kinji, who lacks any kind of work ethic, is a layabout in his modern life. One day, he finds himself transported to another world–but not in a grand fantasy of a hero welcomed with open arms. He’s immediately shoved into a terrible job! Now enslaved by an evil mining company in a fantasy world, Kinji’s about to really learn the meaning of hard work!

Now you can win the author's hand-drawn autograph by following the manga's official Twitter (@d_blackcompany) and retweeting the post below.